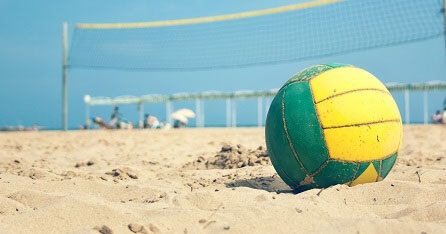 With the ebbing tide and fresh winds, not to mention the soft sand, it’s no small wonder that there are many sports now played with a beach variation to them. In the punting world what this does is make for a whole new category of betting options, with their own sets of unique rules.

Beach Handball for instance is one such sport variation that heads to the shore for its activities and brings with it a completely new sporting opportunity. Like any thorough investigation however, one must get the full perspective to know for certain the outlook of events.

To those unfamiliar with the sport Beach Handball and perhaps even the game that it’s based on, there is a fair bit to learn. This information however will enable the punters to very quickly get an idea of how the betting on this particular sport will take place. Another important aspect of this entire setup that this will bring to light is that information on the sport itself is rather invaluable in such a betting situation, since any competitive edge will be acquired through extensive knowledge on the aspects of the game itself. Once equipped with these assets the punters will be able to navigate and accomplish the task they set out to undertake.

Since Beach Handball is very much like the game played on hardcourt but with a few notable adjustments, the best way forward is to first understand the traditional version of the game. Like most sports this game is played with two teams competing against each other. There are 7 players per team, with one of each team taking the role of goalkeeper. As is perhaps made clear from the name of the game, the players must then use their hands to try and pass and throw a ball into the opponent’s goals. There is a time limit set to the game which for the most part runs for two halves at 30 minutes a pop. The winner of this rather peculiar but exciting game is then of course the team that scores the most goals within this time

While the game of Beach Handball is played similarly to the original game discussed above, there are a few differences that of course arise. Of course the first and most evident of these differences is that this game is played on sand instead of within a court or hall. Instead of halves the game is played in a best out of three format of sets, allowing for some interesting betting options there. Additionally, if the goalkeeper scores a goal for his team then it counts as two points instead of just one. The same applies to great looking goals and far out jumping throws.

Beach Handball is quite an interesting game in the end, with a few pretty great and unique rules involved. With the number of rules and regulations attached to the games as well as the regularity of the contests of this sport, the punters should definitely follow up further on details about this game and how it is playing more currently. This will likely open up the betting options available to the punters like options at https://mobilebetting.kiwi/nba, so they can make a few more tactical bets on this game.